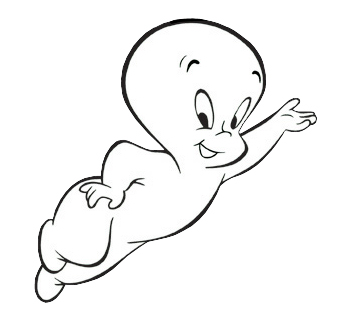 There’s nothing unethical about ghost blogging.

Before I explain, let me emphasize that I’ve never done it, I probably never will and we at com.motion recommend that clients not do it. But not because of ethics.

“Ghost blogging” refers to the practice of a professional writer or PR type writing a blog on behalf of an executive or celebrity. This is very much frowned on by most of the social media fishbowl. This point was underscored in a recent session on ethics at the Talk is Cheap unconference at Centennial College and a followup post by panelist Dave Fleet.

After labeling ghost blogging as unethical, the panelists were put on the hotseat by Centennial College public relations students and other participants. Why is it okay to write speeches for clients but not to write blog posts? Dave and Michael O’Connor Clarke said the difference is that when a CEO reads a speech, he takes ownership of the words, even if he didn’t write them. Which makes it ethical. But this differentiator doesn’t apply to quotes PR people write for executives in press releases, the president’s statement in a monthly newsletter or op-eds (newspaper columns) written on their behalf.

The ethical divide isn’t disclosure since ghost-writing is rarely acknowledged offline except when it comes to books. And its not expectations, since most newspaper readers probably assume that columns attributed to executives were actually written by them.

So either all this stuff – from ghost quotes to ghost messages to ghost op-eds – is ethical or none of it is. And I lean towards the latter former (kind of changes the meaning of my post, but yes, I meant to say I think it’s all ethical).

There is one important difference, but it’s not ethical. The difference is consequences. Even if most readers aren’t aware that op-eds aren’t always written by the “writer,” the repercussions of getting found out are almost non-existent. But ghost blogging comes with a motrinmoms-esque public relations risk.

And that’s the real reason why – ethics aside – we don’t recommend it.

2 thoughts on “In defence of ghost blogging”